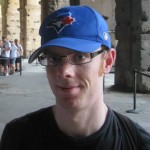 Hydrogen has the simplest electronic structure of any atom but its bulk properties are surprisingly complex. As hydrogen can only form a single covalent bond, it is expected to remain molecular to very high pressures. Several solid phases of hydrogen have been observed; the low-pressure phase I which consists of a quantum crystal of rotating molecules on a hexagonal close-packed lattice transforms at pressures of about 110 GPa to the broken symmetry phase II, in which the mean molecular orientations are ordered, and then to phase III at about 150 GPa. A new phase IV was recently observed in room temperature experiments and has generated great excitement within the field. Despite many years of intensive study, the arrangements of the molecules in phases II and III remain undetermined. The structure of phase IV is also unknown.

Experimental measurements have only been able to provide limited information about the molecular orientations in phases II and III of hydrogen. The information obtained from X-ray diffraction is limited because of the weak scattering of hydrogen atoms. So far the most important experimental data have come from infra-red and Raman vibrational spectroscopy. Theoretical identification of the structures is also difficult because of the need to consider the quantum statistics of the nuclei, the large zero-point vibrational energies, and the small enthalpy differences between competing phases.

To make progress in understanding the high pressure phase diagram of hydrogen, we will perform diffusion Monte Carlo (DMC) calculations for the candidate phases (P21/c-24, C2/c-24, Cmca-12, Cmca-4, and Pc-48) at several different densities which will allow us to evaluate the enthalpy. DMC is a zero-temperature method but estimating the small room temperature corrections should be straightforward. We will first perform a set of static lattice DMC calculations and add zero-point motion effects from density functional theory to allow some preliminary comparisons with experiment. We will then perform a second set of calculations including the full zero-point motion effects within DMC.