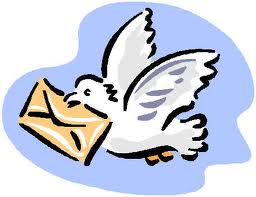 which was used for occasional announcements of code updates and new distributions, and for announcements of events such as conferences or summer schools. The list’s additional supposed role in general discussion of CASINO and QMC was superseded from June 2013 onwards by the CASINO discussion forum (where copies of the mailing list general announcements were also posted)  and the list itself was finally shut down on June 5th 2014.

The email below  was sent to all 480 members explaining why the list was closed and what it was to be replaced with.

This is just a quick note to let you know that this 14-year old [email protected] mailing list will shortly be shut down. It will be replaced by subscriptions to the CASINO forum:

Everything that used to be posted here (about 10 emails per year regarding new versions of CASINO, summer schools, etc.) will henceforth be posted in the ‘General Announcements’ section of that site. The default setting will be that you receive email alerts about such posts, so this replicates the functioning of the old system exactly.

The advantages of this system are:

(1) People who are already subscribed to the Forum as well as this list will cease getting announcements twice.

(2) You have full control over all email notifications, and you can elect to stop receiving them altogether (which previously required emailing me; surprisingly, no-one ever has!).

(3) In addition to General Announcements, you can choose also to be alerted (or not) about *new posts* in the other Four sections of the Forum: ‘Jobs’, ‘The CASINO Program’, ‘QMC’, or ‘Computational Electronic structure.’ (about 1-2 emails per week at current rates if you subscribe to all 5 sections). Really keen people may elect to be alerted to replies as well.

(4) You can unsubscribe from the CASINO system forever just by deleting yourself (again, this used to require emailing me)..

(5) Other people with sufficiently important ‘General Announcements’ can post them as well.

Any automatic email that the CASINO forum site sends you will contain instructions and a link for changing your notification options.