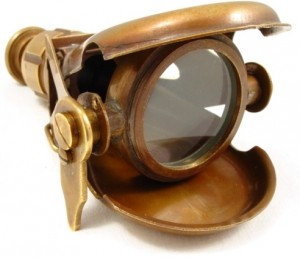 After bribing the Administrator (the mysterious vallico), MDT has been able to put material about one of his hobbies – de Broglie-Bohm pilot wave theory – on this site. He justifies this because he thinks you should have something fun to read that isn’t QMC, but also because there are some deep and mysterious connections between QMC and pilot-wave theory which could possibly be exploited to make QMC better (see in particular his Lecture 6 below).

De Broglie-Bohm theory is usually claimed to be an ‘interpretation of quantum mechanics’, but in reality it is a theory in its own right. This is not only because it is based on different postulates but also because, through its extension to the regime of ‘quantum non-equilibrium’ it can – at least in principle – be used to make potentially observable predictions that differ from regular quantum mechanics. And before you say ‘hang on a minute’, I mean in the era of the early universe – it makes the same predictions in essentially all circumstances in the modern epoch, which is why this is difficult to verify. Even if it turns out to have nothing whatsoever to do with reality, pilot-wave theory is well-worth studying for the alternate perspective it gives to ordinary QM and for its role as a ‘quantum bull***t detector’. Its relatively simple claim is that QM is the statistical mechanics of objectively existing particles that follow non-classical trajectories, the non-classical bit coming because the trajectories of the particles are influenced by a field that permeates all of space (mathematically represented – in the non-relativistic arena – by the Schrödinger wave equation). Instant understanding of the double slit experiment (the ‘ultimate mystery of quantum mechanics’) follows. This of course means that QM is actuallly a bit boring rather than ‘weird’, but for some reason people have always refused to accept this.

Anyway, Mike likes it and he gave an 8-lecture graduate course in the Cavendish Lab in 2009, the important parts of which you can find below. People who actually do deBB in their day jobs apparently direct their students to this material, which gives Mike a warm glow inside.

A convenient summary of the full lecture course – if you can look past his attempts to be amusing – is the following two-hour (!) popular lecture  about pilot wave theory that MDT gave to around 200 people at the Cambridge University Physical Society (21st October 2009). A similar talk with slightly different slides was given at the equivalent Oxford University institution some months later. MDT apologizes for the title, but the student organizers told him to be ‘controversial’ (Amusingly, the title below proved too controversial for them, and they tried to change it to ‘..or why Bohm was right‘ – which is kind of missing the point, because he wasn’t. Or at least not necessarily).

Lecture 2: 28th January 2009
Pilot waves and the classical limit. Derivation and justification of the theory (Slides)

Lecture 4: 11th February 2009
The theory of measurement and the origin of randomness (Slides)

Lecture 7: 4th March 2009
Not even wrong. Why does nobody like pilot-wave theory? (Slides)
– Movie (1927 Solvay conference – includes audio commentary)

This last one is not really physics, nor is it about de Broglie-Bohm theory. It is an attempt to understand what Bohm was doing in his last couple of decades. Although this stuff might seem (and is) a bit off the wall, it has now begun to have a mathematical expression through the work of Bohm’s closest colleague Basil Hiley, who we got over to TCM to give an ‘Electronic Structure Discussion Group’  talk in early 2013. His slides are here.

Because he could (owning your own conference centre is a big advantage) Mike invited essentially every de Broglie-Bohm researcher in the world to Vallico Sotto in summer 2010. And they came. The biggest conference ever held at the Apuan Alps Centre for physics was a great success – a full report of the meeting is on the TTI website here.

The introductory talks by Mike Towler (‘basics’) and Antony Valentini (‘areas of current research’) which set the framework for the meeting are available by clicking here and here.  All the other research talks are on the TTI site. 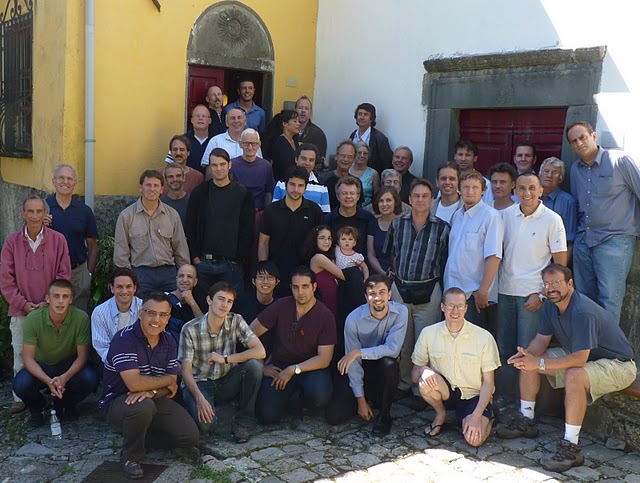 The LOUIS program, and Mike’s only deBB paper

Mike wrote a de Broglie-Bohm simulation code ‘LOUIS’ to study the approach to quantum equilibrium (which is available in the CASINO distribution if you look hard enough). This led to a paper with Antony Valentini and Nick Russell – a Cavendish student on work experience, who did some fine work with visualization:

The paper was ‘Timescales for dynamical relation to the Born rule‘ by M.D. Towler, N.J. Russell and A. Valentini published as Proc. Roy. Roc. A 468, 990-1013 (2012) –  of course the Physical Review wouldn’t even go near it – evil censorship, etc. God, I’m sounding like Brian Josephson (Hi Brian!). The paper is available online here. It showed how Born’s rule (normally assumed to be a postulate of quantum mechanics) arises naturally out of the dynamics of particles following de Broglie-Bohm trajectories. 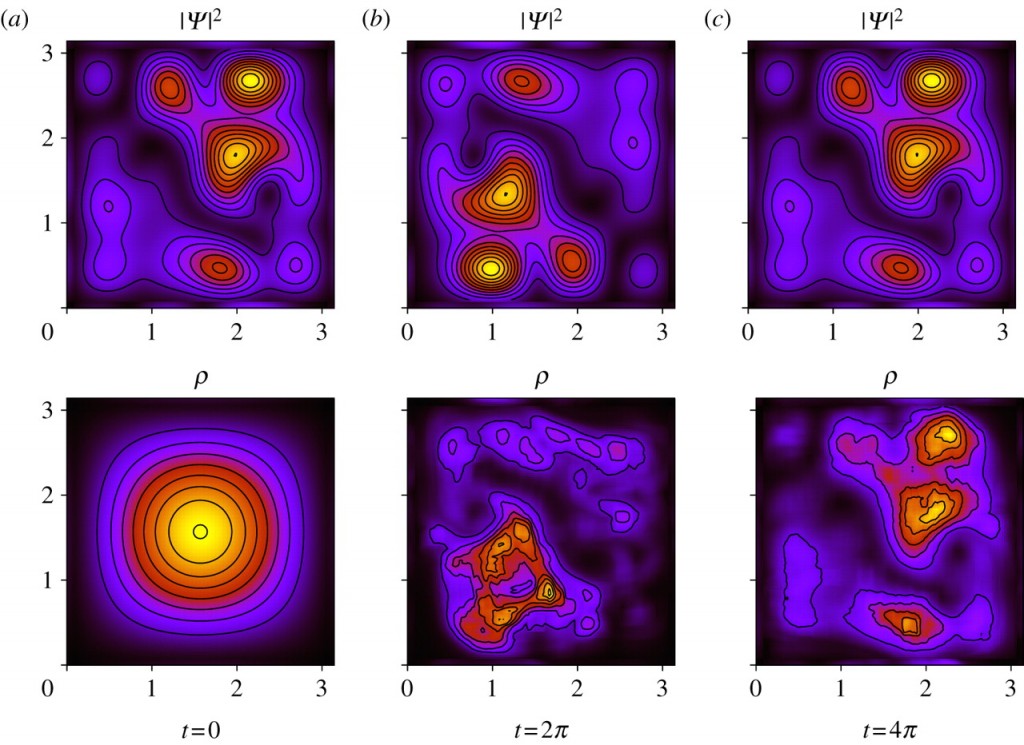 This is the Gospel according to Schrödinger (he just didn’t know it). Go in peace.