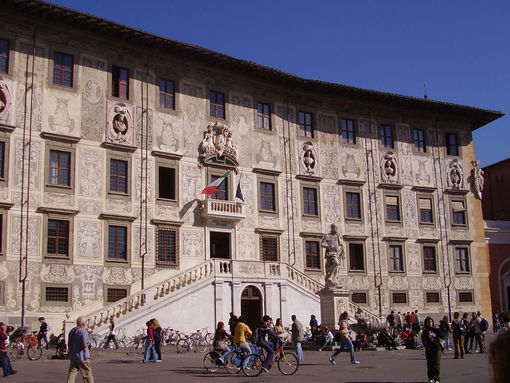 Sammy and I were in Pisa yesterday at the invitation of Prof. Vincenzo Barone from the Theoretical Chemistry group at the Scuola Normale. Prof. Barone is amongst other things, Professor of Theoretical and Computational Chemistry in Pisa,  President of the Italian Chemical Society, and author of more than 650 publications, which for a young man like me still stuck on around 60 papers is something to aspire to, to say the least.

Despite the literal meaning of ‘Normal School’ – which in English sounds like somewhere you go if you can’t get into a good school –  the Scuola Normale is probably Italy’s most prestigious university – founded in 1810 by Napoleonic decree as the sister  of the École Normale in Paris. It is very much an elite institution, and to become a student there, candidates have to pass an extremely selective admissions exam with only a 6% pass rate – every year only sixty candidates are admitted out of nearly 1000 applicants. The main building is the overwhelmingly beautiful Palazzo della Carovana (pictured above) which was designed and built by Giorgio Vasari in the 1500s as the headquarters of the Knights of Saint Stephen. It is situated in Piazza dei Cavalieri  – the second main square in Pisa and right in the heart of the action. What a fantastic place to work, I have to say!  It certainly beats the modern incarnation of the pebble-dashed prefab Cavendish Laboratory – which was moved out of the centre of Cambridge to a field three miles away in the 1970s. This was done at probably the worst moment in history for British architecture at a cost of only two million pounds and it really shows;  despite inflation that wasn’t very much money back then either.

So anyway I gave a talk aimed at introducing the theoretical chemists to quantum Monte Carlo – like most chemists they focus on small molecules when doing accurate work, and I think they enjoyed being shown applications to crystalline solids and to large systems with an accuracy comparable to their ‘gold standard’  CCSD(T) method. You can tell how smart they all are – I don’t think I’ve ever had so many people asking good questions and so obviously understanding the difficult bits.. As example applications I used a subset of the cases from my last ‘Useful calculations for big complicated systems‘ post on this Blog – once again highlighting the excellent recent work of our American colleagues such as Lucas Wagner, Elif Ertekin, and Jeff Grossman – as well as my recent clathrate calculations with Stephen Cox et al.  So for anyone interested in a single talk introduction to QMC with applications, you can look at my 51 slides here: 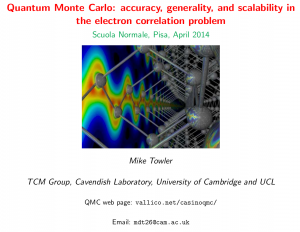 After the talk and a bit of lunch, Sammy and I were taken into the attic of the Palazzo della Carovana to see the ‘3D CAVE‘ of Prof. Barone’s DREAMSLAB (‘Dedicated Research Environment for Advanced Modeling and Simulations’).  With the help of some 3D glasses we were able to move around and interact with scattering data from CERN, a 3D model of a protein, and a reconstruction of an ancient Greek temple in Sicily (I know Sicily isn’t in Greece, but the Greeks were in Sicily once). Really quite stunning – Vasari would have though it black magic. They have a 3D hologram thing  in a glass pyramid as well – I asked the programmer guy Niccolò Albertini if they had done Princess Leia doing ‘Help me, Obi-Wan Kenobi – you are our only remaining hope‘ in his spare time, and he had to admit that he had. We also had a go with a developer version of the ‘Oculus Rift’ –  a virtual reality headset apparently about to take the world by storm (Facebook paid 12 billion dollars for it last year). Wandering through a forest I accidentally fell off a 1000 foot cliff, and I swear it hurt when I hit the bottom.. Albertini said: ‘You’re not supposed to be able to do that!’ so it looks like I found a bug. Glad I was able to help.

So anyway, it seems that Prof. Barone and his team liked what they saw, and that they may be getting involved in QMC research in the future. Many thanks to him  (and to Monica Sanna who helped us with practical arrangements) for a great day out. It’ll be interesting to see what happens in Pisa in the future.. especially as it’s only an hour away from my Apuan Alps Centre for Physics. Prof. B. will hopefully be attending this year’s ‘QMC in the Apuan Alps‘ meeting, and I’m sure we will benefit from his extensive knowledge and experience in theoretical chemistry. Looking forward to it. 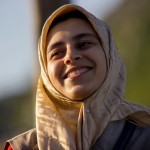 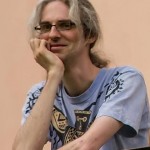 Two-dimensional (2D) materials are currently of great interest to the scientific community due to their extraordinary electronic and mechanical properties. Researchers are interested not only in monolayers of these materials, but also in few-layer and stacked systems, such as graphene on boron nitride. To model these systems it is necessary to understand the binding properties of layered materials. Unfortunately, standard first-principles methods such as density functional theory (DFT) are unable to describe the van der Waals interactions between 2D layers in a quantitative fashion. Instead we are using quantum Monte Carlo (QMC) methods to study the binding behaviour of 2D materials.

We have calculated the binding energy of bilayer graphene at the equilibrium separation, in both the AA- and AB-stacked arrangements. Our data will assist the benchmarking of van der Waals DFT functionals. We are now calculating the full binding-energy curve of bilayer graphene to provide a more complete description of the interaction of graphene sheets. We are also calculating the binding energy of graphene on boron nitride in various configurations, to support experimental work on graphene superlattices.

In addition, we are using QMC methods to study the electronic band structures of monolayer 2D materials such as boron nitride, transition-metal dichalcogenides and indium chalcogenides. Unlike DFT, QMC  does not suffer from underestimation of electronic band gaps. Furthermore, QMC can be used to calculate exciton binding energies, which are very significant in these 2D semiconductors. Our results will facilitate the characterisation of monolayers of these materials.